The renowned ‘Sailor moon’ artist Naoko Takeuchi (直虎 竹内) one of the versatile mangakas of the manga universe has become an all time genius setting up an industry of Japanese art.

You might be surprised to know that she had a forte in chemistry but she always followed her dream to be a manga artist. Her impact on the world of manga, series and anime is notable. Being one of the most famous female artists, she has inspired the younger generation.

Naoko Togashi (冨樫直子) was her after wedlock name and was well known by her maiden name Noako Takeuchi and her pen name was Sumire Shirobara. Writing manga has been her passion since she was 19 when her work “Love call” was selected by Kodansha ,Ltd. She slowly started living for that passion which helped her gain experience and led her to the new world of art. This is when her career got ignited.

Her Early life and family :

Naoko in her early life was a ‘miko’ or shrine maiden at ‘Shiba Daijingu’ shrine. Naoko Takeuchi, a resident of Kofu, was brought up in Kofu ,Yamanashi studied in Kofu Ichi high school. Later on she joined astronomy and drawing and manga clubs at her high school. In her famous manga she designed characters and gave them her relatives name.

Naoko further continued her formative studies at Kyoritsu University to study chemistry and received her graduation in chemistry. The incentive to study further came from her father who guided her on this path in case she wouldn’t find success as an manga artist. In 1997, August Naoko met acclaimed manga artist Yoshihiro Togashi (冨樫義博), (the author Hunter x Hunter and the one who helmed Yu Yu Hakusho) in a party hosted by Kazushi Hogiwara and the two were introduced to each other.

A chance came where in the following year Takeuchi assisted Togashi and helped him add screentone to his manga Hunter x Hunter. Since then they were connected to each other and enlightened in a relationship. They got married in the year 1999 on January 6 and we’re blessed with two adorable children. Mr.Tagoshi’s mother ran a Togashi paper store which is still open in Shinjō.

Her Career and milestones :

As we are familiar with, she started her career as a manga artist at the age of 19, with her ‘Love call’ in 1986 which was selected by Kodansha,Ltd. Her intuition in manga enlightened her career. Her first major work was “Chocolate Christmas” which was a mile start followed by the ‘Cherry project ‘ and so on . She has written a total of 18 manga including Pretty Guardian ,Meet Sailor Moon, Sailor Moon ,etc.

Sailor Moon is one of her best manga ever which got lots of popularity and which really has a wide following among anime and manga world. Sailor moon is the fusion of styles between the mahō and shōjo and Sentai genres. Her other irenic work was Codename : Sailor V. Both Sailor Moon and Codename V are her notable works.

A Few things you didn’t know about Naoko Takeuchi :

You will be surprised to know some interesting facts about Naoko Takeuchi. In the Japanese version of “Sailor Moon” ,Usagi’s parents and brothers are named after and based on Takeuchi’s real-life families. As she earned her degree in chemistry and was very much interested in science ,she named all of the villain characters after gemstones, minerals, etc.

Takeuchi’s works have come upon the New York times best seller list multiple times. She liked reading Shojo Manga – the famous Japanese comic. Glass Mask, Candy Candy and the Rose of Versailles were some of Naoko’s favorites . In her Sailor Moon ,the character Usagi was found drunk in a couple of episodes in the Japanese anime.

When America wanted to dub the Japanese anime into American version ,they disliked the character being drunk on a children’s TV show .These are some instances about Naoko and her manga which were not widely or less known.

Let’s take a closer look into the sum of all assets owned by Naoko Takeuchi. Over $35 million copies were sold of her famous and we’ll-liked manga series – “Sailor Moon” which gained a profit up to $13 billion in production sales.

She also claims ownership of a studio called “Princess Naoko Planning” which in sum of the manga is speculated to be $52 million which is her net worth. Her interests also sprout in precious gems ,antiques and racing cars. She was known to own a Porsche and Ferrari F512.

She lived in Azabu Juban where she owned her Mansion. Naoko is listed among the richest cartoonists. Her salary is under review . Including other aspects and according to Wikipedia, Forbes and business insider the total worth estimated is $1.5 million. 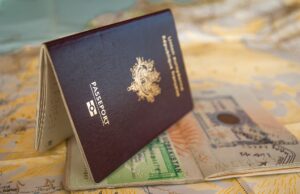