He’s revolutionized the Vine community with his BB Ki Vines and has made so many people chuckle and laugh. He also sings and has released a few cover songs on his YouTube channel. With 20.6 million subscribers on YouTube, this Delhiite has won the hearts of many people both in India and abroad.

What catapulted him to fame? What made this content creator so popular? Read on, to find out more!

Bhuvan Bam was born in Vadodara, Gujarat and later his family moved to Noida in Delhi. His parents were Avnindra and Padma Bam. They passed away quite recently due to COVID-19 and he posted a picture of them with a heartbreaking tribute to how important they were in his life.

Bhuvan Bam actually pursued music during his younger days. He used to earn pocket money by singing in restaurants. He performed a lot in the open mic scenes in Delhi as a singer but eventually focused on funny content creation.

He started a YouTube channel after a very interesting incident. He had been watching the news when he saw a reporter asking insensitive questions to a mother who had just lost her son in the Kashmir floods.

He decided to do something about it creatively and made a video. He uploaded it on Facebook and it got viral all across India and even in Pakistan! It generated 15,000 views in just a week. This inspired him to open a YouTube channel called BB Ki Vines in 2015.

His content is funny, original and so relatable, watching his videos became a trend among the younger audiences. He’s also collaborated with The Viral Fever channel on YouTube.

His videos and character sketches became very popular, especially the Titu Mama character. He extrapolated this character to conduct interviews and Shah Rukh Khan and Johnny Sins were invited for this.

1. The entire BB Ki Vines concept arose because he accidentally opened the front camera on his Nexus phone. This gave him an idea to make videos, and he did it creatively!
2. He was the first YouTuber to reach 10 million subscribers thus making him super popular.
3. He was invited for TED Talks in IIIT Delhi and the Jaypee University of Information Technology where he talked about the importance of creativity.
4. He still shoots his videos on his phone and says that he likes keeping his production costs zero.

That was the dynamic Bhuvan Bam. He’s come a long way from singing in bars and restaurants for extra money to now being a famous Indian YouTube personality. His net worth sure mirrors his hard work and creativity and one wonders what more he is going to have in store for everyone!

Bhuvan Bam is worth $3.5 million or 25 crore rupees as of 2022. This stems from his ever-growing YouTube channel where his income gets generated by advertisements. He also gives live musical performances and composes original songs. His channel has more than 170 videos and more than 3 billion views! 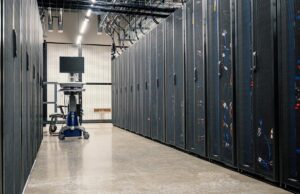 Makinel Mall - December 2, 2022 0
Data centers are the backbone of tech companies everywhere. Technology-based companies can’t operate effectively without having data centers to back them up. In the US,...

Should You Build an AR15 Lower Or Buy A Complete One

7 Reasons Why Shopping Online Is Better Than Shopping in Stores

Should You Build an AR15 Lower Or Buy A Complete One

7 Reasons Why Shopping Online Is Better Than Shopping in Stores