We are just a matter of weeks away from the release of FIFA 22 and one of the most anticipated pieces of information appears to have been leaked ahead of time.

Player ratings are always a hot talking point when it comes to FIFA and a number of leaks have surfaced across social media that appear to have revealed the identities of the top 10 highest rated players in the latest edition of the game.

Fans will always heavily debate the ratings awarded to respective players, particularly the Cristiano Ronaldo and Lionel Messi fans who squabble over which player should be the overall highest rated player in the game.

That debate will continue on after it was revealed that the pair are once again in the top two when it comes to the ratings, with a one point difference between each.

Such is the popularity of FIFA that there are now multiple competitive leagues across the world, many of which can be wagered on by its spectators. If you are interested in betting on FIFA and other eSports then head over to Max Free Bets. They are your one-stop resource for all of the best betting offers and free bets from the UK’s best betting sites, online bookmakers and betting apps.

It has been revealed that featuring in the top 10 from 10-6 are Karim Benzema, Neymar, Mohamed Salah, Marc-Andre Ter Stegen and Jan Oblak respectively. It is a pretty hefty fall for Neymar, who has moved from 5th overall to 9th in the space of a year.

Meanwhile, Ter Stegen’s form has seen him jump from 11th to 7th, just one place behind Oblak, with the Atletico Madrid shot stopper keeping his place as the highest-rated goalkeeper in the game.

Liverpool defender Virgil van Dijk has fallen out of the top 10 after being ranked 7th in FIFA 21, having missed the vast majority of last season due to injury. Real Madrid captain Karim Benzema has climbed from 15th to 10th after scoring an impressive 30 goals in 46 appearances last term.

Below, we will reveal the alleged top five players in the upcoming release of FIFA 22.

Making his first appearance in the top five of the FIFA series is the game’s cover star for the new season, Kylian Mbappe. It is the second consecutive season that the French star has been the face of the game after appearing on the cover for the first time in FIFA 21 and he has now overtaken his Paris Saint-Germain teammate Neymar in the eyes of the developers.

How much of that has to do with his personal relationship with EA is up for debate, but it’s difficult to argue against a player who scored 42 goals in 47 appearances for his club last season. Still only 22, it’s surely only a matter of time before Mbappe finds himself at the top of this list and his touted move to Real Madrid at the end of the season when his contract expires could help him take that leap in 12 months time.

Manchester City star Kevin De Bruyne was set to be the highest rated player in the Premier League with a 91 overall before a certain transfer took place across the red side of the city and the midfielder is well deserving of his position. The 30-year-old is at the peak of his powers and won the PFA Player of the Year award last season despite playing just 25 games in the Premier League.

That in itself highlights the respect he has earned from his peers, with it being the second consecutive season that he has won the individual award. He played an integral role as Man City made their first Champions League final in 2022 but the night ended in despair as the Belgian was forced off due to injury and Chelsea won the game 1-0 in Porto. It was an undeserving end for one of the game’s finest talents.

If there was a separate Ballon d’Or given to the best player in the world outside of Lionel Messi and Cristiano Ronaldo each year then Robert Lewandowski would have a strong case to have been a multiple time winner in recent years. He is still Bayern Munich’s main man heading into his eighth season with the club after scoring a remarkable 41 goals in just 29 Bundesliga appearances last time out.

Poland’s captain remarkably has more goals than appearances to his name in each of his last two club campaigns with 103 goals in 87 games, while he has started out this year with 7 goals in 4 matches. Lewandowski is a goalscoring machine and he is the current second favourite to win the Ballon d’Or this year behind only Messi.

Just pipped to top spot this year is Cristiano Ronaldo, who Manchester United fans will be eager to use as a member of their team on FIFA 22 this season. Ronaldo made a romantic return to Old Trafford this summer following three years at Juventus where he scored 81 goals in just 98 Serie A matches.

He now returns to the Premier League 12 years after departing for Real Madrid for a then world record £80m fee and is officially the highest rated Premier League player in the game. There is huge excitement surrounding his return to Old Trafford this weekend as he gears up for his second debut for the club. However, the huge competitor in Ronaldo will no doubt feel slighted at being ranked below his long-term rival.

Once again, Lionel Messi is ranked at the top of the pile as the best player in the world and in FIFA 22. For the first time in the FIFA franchise history Messi will be featured on the game but not with Barcelona after joining Paris Saint-Germain in the summer on a free transfer after financial regulations in La Liga prevented him from signing a new contract. He is still performing at an elite level at the age of 34 having scored 38 goals in 47 games and is the overwhelming favourite to win the Ballon d’Or this season.

Many FIFA fans will be flocking to line up with PSG this season to use their formidable attacking trio of Messi, Mbappe and Neymar, as well as other new signings in Sergio Ramos, Gianluigi Donnarumma, Gini Wijnaldum and Achraf Hakimi. Messi has retained the 93 overall rating that saw him top the charts last season. 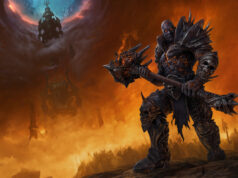 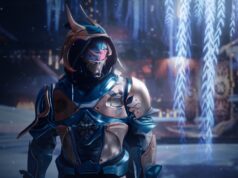 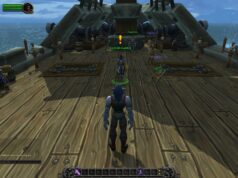 Belinda Wilks - December 8, 2022 0
Do you want to know what your partner likes on Facebook? It can be hard to keep track of all the different pages and...

Role of PVC Wall Panels in Enhancing the Operation of Brewery...

How Is the Indian Government Losing Money with Offshore Betting Platforms?