Facebook is one of the most famous social media hubs, where people connect, build their network, and share some exciting content. They use it as a platform to post about things related to their personal and professional life. The platform has over 1 billion active users including celebrities from Bollywood and Hollywood as well. From Nina Dobrev to Kareena Kapoor, you will find all the famous celebrities here.

However, their fan base on this social media site differs from their real life fandom.  Lack of adequate branding and digital marketing campaigns are to be blamed for this. For instance, Tom Cruise has only twelve million followers whereas Selena Gomez who in real life is less popular as compared to the former celeb has more than eighty million followers.

You will be surprised to know that the most famous celebrities on this social media platform are television shows, Web series, and singers. Thus, with the right branding techniques, you can also become famous on facebook. If you are also looking to gain real followers, visit famousfollower.com.

Numerous stars have gained several genuine followers on Facebook, and with the help of such stats, we have made a list of the most famous stars that are ruling Facebook in 2022. Let’s dive right into it.

Although she has an odd fashion sense, her followers love her for it. She is famous in real life and is also quite famous on Facebook. She keeps her fans updated with news like the progress made on her upcoming album, changes she does to her studio, about what is going on in her life, and sometimes her fans also get to see some sartorial tidbits.

The lady who has graced the screen with her presence in numerous chartbusters has a huge fan following on social media. However, the actress doesn’t post much, but she keeps the profile updated with her recent photoshoots’ pictures and some video clips. With a fan following of almost nine million people, she is one of the most famous actresses on Facebook.

He, even posthumously, manages to be one of the most popular stars on this social media platform. His fanbase is even larger than from some of the famous living celebrities. Michael was popularly known as the Pop King, and in terms of followers, he has beaten even Lady Gaga. Michael’s followers are more than that of his competitor by almost four million.

As per the statistics of Facebook, the fanbase of Jackson increased from 8 million to ten million within just one week of his death. The page has some old videos, and after his death, the page updated his fans with the latest updates of the tribute given to him after his death and on his anniversaries.

It was just last year that he became the most famous public figure on Facebook, leaving behind Jackson. However, this year, his fan following underwent a small dip. With over 9 million followers on Facebook, he is holding the 4th position in terms of the most famous celebrities on Facebook. Obama’s profile on Facebook is full of videos and images giving updates about his daily activities.

He is a newcomer in this list. It was only recently that he became one of the most famous celebrities on Facebook. Back in the day, despite having a decent fan following, he did not make it to the list of top stars. Lil Wane is now holding the seventh position in terms of the most famous celebs on Facebook. He has successfully built a fan following of over 6 million followers.

After hitting the mark of five million followers, he expressed his gratitude towards his fans and further requested them to draw in some more followers, if possible. He also added that if he hits the mark of six million, he will give one of his songs for free to his fans.

Having starred in numerous famous movies, this actor recently hit a milestone in gaining Facebook followers. He announced his achievement on Facebook when his page hit the mark of ten million fans. He announced it by saying, ” Welcome to the Millenium.”

He keeps his fans updated with his posts quite often. With that, he has successfully drawn a good amount of online followers and stands strong at ten million followers.

This star who is still in her twenties has numerous famous songs and albums to her name. She has a huge fan following on this social media platform. Taylor is one of the most famous stars on Facebook, with billions of followers who shower her with love and attention.

She has a huge fanbase, both on social media and in real life. She keeps her fans updated about her latest albums and her upcoming releases.

Cristiano hails from Portuguese and is a very famous football player. He is famous on both social media and in real life. Moreover, he boasts of a large fan base with the help of which he has placed himself on the list of the most famous celebs on this social media platform.

After the Portuguese loss, he posted that he was grateful to his fans for their love and made them believe that he will come back stronger to play again. He also talked about the arrival of his newborn on his profile.

His fanbase stands strong at seven million. He posts photos from various events of the world cup quite often.

In this article, we have mentioned some of the famous stars who have a huge fan following on this social media platform. However, there are several other celebs, who are quite famous and have a following decent count. 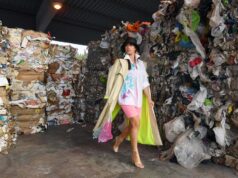 Impact of the Fashion Industry on the Environment

6 Best Hobbies to Relax Your Mind After Work