The awaited horror survival game sequel Sons of the Forest has been pushed back until late 2023. The game, which is essentially a sequel to The Forest, will not be released in May as previously scheduled. It is disheartening as fans have been waiting since 2019 for its release.

But, the creators have given some information about its release. Let’s look at the release date, gameplay, game plot, and other details.

Earlier it was announced that the game would launch in May 2023. So, if you have marked the release date on your calendar, it is time to change it. The release date has been pushed back from May to October. However, they have not provided an exact date.

The studio has released a statement on Twitter stating that they are unable to release the game in May, as it was promised. They need time to make this game the ultimate survival horror game.

Fans have been anticipating this game for three years, so their disappointment is understandable. However, there is a silver lining in all of this. Although there is a delay, that is because the developers want to meet their vision for the survival game genre.

The first part was released in 2014, so there is a big gap between these two games. So, it is understandable that the Sons of the Forest will have better gameplay. You will see better visuals and graphics.

In The Forest, the player must survive in an environment full of monsters and horrors.

They aim to get their sons back. In Sons of the Forest, you will face several new creatures and improved Artificial intelligence. When all of these factors are combined, it will undoubtedly be a challenging and most fun-worthy game. As you progress through the game, prepare to encounter a slew of enemies.

With Sons of the Forest, you will get different weather mechanics too. With this new feature, the terrain can now be frozen with snow and will not only be limited to day and night.

Weapons are most important when fighting the mutants, and in the survival horror genre, your best defense is to attack. So, you must be on your wits constantly and defend and fight the monsters that lurk around every corner. To tackle that, there is an addition of some new weapons added to aid you in your journey. You will have different types of weapons in the inventory that can be used to slay the mutants!

Since the release of the first game, gaming technology has seen some new heights. There has been enhancement in the Artificial intelligence tool. The developers of the game have designed V.A.I.L, the game’s AI that enables the creation of more complicated characters.

These characters can show different emotions; they can get angry, terrified, etc. This feature will undoubtedly enhance the game’s appeal and add more depth to the characters. Furthermore, this AI will allow opponents to launch coordinated attacks against the player.

The best way to play horror games is when played with friends; it doubles the game’s fun.

There will also be a multiplayer feature in Sons of the Forest. It is great news for horror game enthusiasts who want to share the experience with their friends. Here, you can scan the entire island with three different individuals, guard each other, make plans collectively, etc. You have to stick together, and you’ll make it through the Forest.

The fans have got a glimpse of the game with its two trailers. The fans got some idea of what to expect from the first trailer. The game has a scary and frightening tone to it.

Similar to the first game, mutants roam the dark and dangerous woodlands, and players must explore the locations in quest of supplies and hunt mutants.

The second trailer gave a lot more insights regarding the gameplay. The player is shown searching the caves, where mutant bodies can be seen in the torchlight. There is also the addition of new locations such as beaches, snowy regions, and even modern buildings.

This game contains all the elements of a well-designed horror game that will surely give you an adrenaline rush.

Even though nothing has been revealed, fans might theorize about the plot based on the trailers. The player is riding in a helicopter with several people, and there are meal bags hidden behind the seat. He also has a “Fight demons” tattoo on his wrist. So, it might be an indication that he is going into the mutant-infested woods on purpose to deal with the mutant problem.

In both the trailers, a strange mutant woman appears, and she is even seen assisting the protagonist. We can speculate that the mutants are not what they seem. Of course, this is all guesswork, but fans won’t have to wait long to find out more.

What platform will it be released on?

Like the previous game, the sequel will be released on PC. However, console gamers must not get disappointed because The Forest was initially available on the PC. It was eventually ported to Android, Playstation, and other consoles. So, there are high chances that the sequel will take the same path. Meanwhile, if you’re a PC gamer, it’s time to start counting the days.

If you liked The Forest, you’ll probably like this one too. The Forest has seen great success, and the same is expected from this one. You just have to wait a little longer for the final result.

However, it might be disappointing that the release date has been pushed out to October 2023, so you will have to wait a bit more. However, this can be good news too. It implies that the game will be enhanced and, without a doubt, of the highest quality. The game will be able to make an impact with more fascinating elements added. 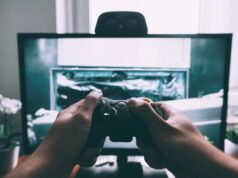