Home Relationship I’m Not in Love – Should I Call Off My Wedding?

One of the most important moments of a person’s life is undoubtedly their wedding. Not only do we live in a global society in which finding romance and marrying is recommended and even expected, but marriage can offer a wide range of opportunities and benefits.

On the other hand, marriage cannot be taken lightly. Whether you are a religious person or simply take contracts very seriously, you cannot deny that marriage is not only important from a legal standpoint but from a spiritual and emotional one as well.

Therefore, when the worrying thought of potentially canceling off their wedding arises, many people start panicking. They’ve gotten so far and are just about to reach the climax of this part of their lives, only to consider giving it all up and forgetting about it.

We can’t blame them. Nobody enjoys the thought of being tied to a person you don’t feel any attraction, compassion, or sympathy towards. If you’re thinking about calling off your wedding or know anyone in that situation, then we hope this article serves to clear up your mind and help you or your loved one reach a decision.

Made up your mind and need a tutorial on how to cancel a wedding? Read more about this.

What Do Marriages and Weddings Represent?

First of all, it would help if we would pay attention to what a wedding means and represents in most cultures. Although every part of the world features different ethnicities, languages, and customs, one shared common aspect between all (or most) cultures is the concept of marriage.

An obvious aspect and reason for marriage is the publicization of a couple’s devotion, dedication, and love. Marriage says quite clearly, “This is the person I want to spend the rest of my life with,” which conveys a significant amount of thoughts and emotions.

The purpose of a wedding ceremony is primarily to tie two people together as well as allow them to officialize their promises to each other. A common one is that of monogamy. When you get married, you essentially make a promise to both God and your partner that you will remain faithful.

Secondly, marriage represents the beginning of a family unit. It means you chose that person to have children with and build a family, which is potentially one of the most powerful shows of dedication and affection a human being can make to another.

Another useful part of a marriage is that helping take care of a growing child becomes significantly easier. We all know how much single parents can struggle, which is why almost everyone who shares a child has decided to marry, whether each other or someone else altogether.

The last, but not the least of reasons? Love, of course. In the modern world, love almost seems like a mythical concept only to be seen or encountered in tacky romance movies. The truth is that love has become more difficult to find, given a global rise in personal independence and growing resentment towards the traditional family unit in some parts of the world.

Understanding Love in a Relationship

Take into consideration your average fairytale. Most likely, there’s a princess somewhere in it who is anxiously awaiting the appearance of her soulmate, magically appearing during a critical moment to save her and carry her off into a wide world of safety and purity.

Most people want to be a part of that tale. However, not many people work hard to achieve it, instead expecting it to show up in their lives as if some God-scheduled surprise that was created just for them.

Despite common belief, love is a bit more elusive than that.

Therefore, if you’ve met someone with whom you share enough affection to call yourself in love, and have already reached the point where you are considering living together for the rest of your life, then quite clearly, something has gone right.

Whether that something is meant to stay differs on a lot of factors. Scientifically, we know the bodily changes and hormones associated with the honeymoon period can last anywhere between 3 months to 20 years. To some people, that is love – a butterfly-like feeling that swarms around your heart whenever you think about your significant other.

The secret behind long-lasting love, then, is conscientiousness.

Since we know that the physical feeling we get and the mental and emotional obsession so prevalent during a successful and budding new relationship will disappear at one point or another, the key to maintaining love is striving to keep the flame alive.

Love isn’t always going to be there with you. At one point or another, you’re going to wake up next to your significant other and realize that they don’t make your knees shake any longer.

This is when couples that have been meant to break up cease their relationship.

However, it is at that point that couples meant to be together cement their relationship. The reason for this is because the second phase of love – the one that follows after the honeymoon period – is not represented by bodily chemicals, but by dedication and commitment.

Love, then, stops meaning overwhelming emotions at one point and becomes trust and oneness instead. It’s not so much a matter of your SO leaving you breathless but rather of them being such an integral part of you that you cannot imagine living without.

If you’re considering calling off your wedding, then it might help to reconsider what love means to you and your potential spouse.

In the end, however, a bad gut feeling should always be listened to. Never ignore what your heart tells you!

Only you can know if calling off your wedding would be a good idea or not. It’s completely normal to get the jitters and start having doubts right before the big moment, but pre-emptively calling off the wedding could irreparably damage your relationship, so think very carefully about what you want to do.

One thing is certain, however – do what makes you happy, not what you feel pressured to. You might love your spouse for a long time, but you have to love yourself for the remainder of your life.

Types of Relationships You Should Know About 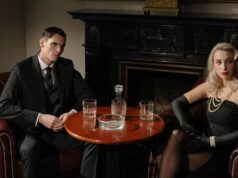 12 Mistakes That Ruin Your First Date 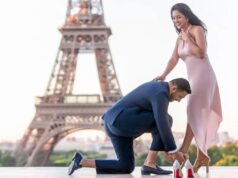 How to Plan the Perfect Eiffel Tower Proposal 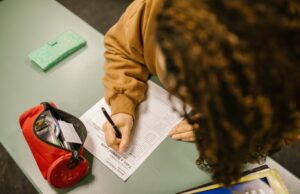 Makinel Mall - December 9, 2022 0
Intelligence testing has been a common procedure in many schools. IQ testing began at the time of Alfred Binet and now is being used...

What Happens When You Don’t Groom Your Dog Regularly: Tips for...