Security of you and your loved ones knows no boundaries, nor costs, but that still doesn’t change the fact that you do have to pay your bills, and even though CCTV systems improve your security and instil you with a piece of mind, they also require money.

There are three main costs to consider when we talk about CCTV – upfront installation fees, maintenance costs and power consumption costs. And, while you don’t have much say with the first two, other than choosing the CCTV system you want – you actually can do a little bit about the monthly power consumption and electricity bills.

Most people run their CCTVs 24/7, because quite frankly, you never know when they might come in handy. However, the truth is, fortunately, most people don’t ever have to rely on them. But still, it’s calming knowing that in case something happens, you have a CCTV security system to fall back on.

Now, what we want to talk to you about today is how to reduce the power consumption of your CCTV system. Now, to be fair, a CCTV system will only cost you about a few dollars every month, but still, expenses accumulate over time, and we don’t want to waste energy, and we assume you don’t, too. On that note – let’s get started.

How Much Power Do CCTV Systems Use?

Every CCTV system comes with a camera and a DVR. Camera records, and DVR stores those recordings to the disk. One without the other doesn’t really make any difference.

So, when you try and calculate the monthly power consumption of the CCTV system, you have to factor in both.

How Do You Calculate The CCTV Power Usage?

It is quite simple to calculate just how much money you’ll spend running your CCTV each month, but just in case you don’t know how to – we’ll guide you through the process.

So, assuming that you run your security camera system 24/7/365, we can easily add these numbers up and see just how much it costs to run a 3-camera security system per month.

An average price for 1 kW in the UK is around 14 pence, or 0.14 pounds, which would bring up your monthly total a tad over 6 pounds a month. On a yearly basis, that’s about 73 quid and some change, for that particular setup.

Now, if you want something intricate like a 15-camera, 3 DVR setup with infrared sensors, motion activation, 1080p recordings and so on – you are probably looking at much greater power consumption, both per device and overall, so if you want the correct numbers on that one, we’d suggest consulting with professionals like titusalarmandcctv.co.uk.

How To Reduce Power Consumption Of CCTV Cameras?

We are pretty certain you know the answer to this one, just as we’re certain that you are not doing it because of money because compared to the installation costs that range anywhere from 500 to 1500 pounds, monthly electric bills don’t really seem to make much of a difference.

This won’t make much of a difference to your bank account – that’s for sure. But, on the global scale, if everyone with a CCTV would do this, the positive impact on the environment would be immense.

On the other hand, there is another way to reduce power consumption, and that’s by investing in high-quality cameras with motion detection sensors. These cameras will run in low-power mode until they detect motion and will only then start recording. Depending on the activity in front of the cameras, these could save a ton of electricity, comparatively speaking, in the long run, but then again, you would have to pay significantly more for these cameras in the first place.

Final Thoughts – Should You Even Bother With This?

Considering how small of a difference this would make to your budget, we have to wonder – is this even worth it?

Now, we understand that for some people, a few quid a month means they’ll either get dinner one night or not, but that’s not really applicable here. If you have over a thousand pounds to spend on a security system – an extra 2 or 3 pounds in your pocket each month won’t matter at all.

So, should you even bother with this? Well, we can’t really tell you that. That is entirely up to you to decide. We’ve done our best to inform you of the average power consumption of a security camera, as well as the DVR. We’ve also shown you how you can easily calculate the monthly costs, and we’ve shown you how you can lower them.

We sure hope we’ve given you the information you were looking for, but what you do with that information – that’s entirely up to you. 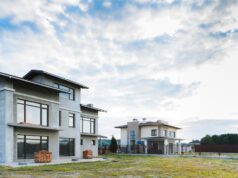 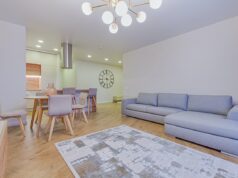 6 Interior Design Tips to Bring Elegance to Your Home 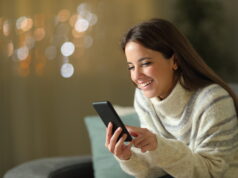 11 Devices to Include in Your New Smart Home Package