Home Videos 8 Most Popular Movies About Heaven and Hell (‘Journey to Hell’ is...

Over the course of years, scientists have answered a wide range of questions for us. However, one of the questions that no one really knows the answer to is what happens after we die. Is there a heaven where there are only harps and halos or is there a Hell where souls get tormented for eternity?

Of course, we are also unable to answer this question for you, however, there is something else that we can provide an answer to – what are some of the most popular movies about heaven and hell. So, without further ado, let’s take a closer look at some of the films that best depict both realms:

Four Most Popular Films About Heaven

One of the first films worth mentioning is based on a best-selling publication from William P. Young. The Shack will provide its viewers with a creative take on loss, love, longing, and God. Sam Worthington portrays a dad who decides to spend a weekend talking about religion and faith after his daughter goes missing.

Throughout the movie, you’ll learn different things that will definitely make you question some things in your life, and with the amazing performances of Tim McGraw and the wonderful Octavia Spencer, you’ll feel like the entire topic is challenging and difficult, however, in the end, it’ll provide hope to many individuals.

This is a film that was based on real-life events, and the story comes from Lynn Vincent’s book about his son’s near-death experience. After his son wakes up, he tells his father a story about how he saw heaven while he was at the hospital, and Todd – who is a pastor – was hesitant to share his son’s story with the world at first.

However, as time passes and Colton starts sharing some information that he couldn’t know, Todd slowly realizes that he started confronting his views about God’s abilities and powers. To avoid any spoilers, you might want to take a look at this film that is all about faith, family, love, and God.

If you’re interested in watching a drama, you should definitely take a look at this story that revolves around three individuals that can communicate with the dead. George – portrayed by Damon – is a professional medium, there is also a woman that has had a near-death experience, and a man who is hurting because of the death of his twin brother.

Now, this isn’t really a story about heaven, however, it will prompt you to think about the entire aspect of death and the afterlife, and since this masterpiece was directed by the well-known Clint Eastwood, it’s pretty safe to say that this drama will definitely open your eyes on some topics.

The very first thing that you should know about this film is that Albert Brooks decided to write, direct, and act in his fantasy comedy about the afterlife. The story revolves around a man who arrives at a place called “Judgment City” after he has passed away. Once there, he will need to defend most of the life decisions he made.

If he couldn’t, he would be sent back to Earth. Lee Grant and Meryl Streep did an amazing job in portraying their characters, and although this is a whimsical and funny movie about the afterlife, it’ll definitely prompt you to ponder about what really happens to us once we leave the realm of the living.

Four Most Popular Films About Hell

Coming from the director behind a lot of amazing movies including “20 Minutes”, Tim Chey has decided to surprise us with one more drama based on one of the best-selling books from the author John Bunyan. The plot revolves around a man who goes to literal purgatory and back and it is called Journey to Hell.

However, he doesn’t come back as he was before, instead, he returns as a completely new and changed person, one that becomes a follower of Christ. Like all of Tim’s editions, it’ll leave you with a lot of questions about the afterlife, as well as what happens to us after we die.

Of course, you would expect any Hellraiser movie to depict the terrible doom of the underworld, however, in the second film in this franchise, we’re literally transported in the lair of cenobites and the underworld where we’ll meet different creatures including the Leviathan that crawls over Pinhead.

This film was basically created as a teaser for the story to continue, however, for many fans, this dream was never realized. If you decide to watch it, you’ll get a really dark and scary look at the underworld and all the creatures that it features, meaning that it’ll be a memorable ride into the land below us.

If you’re looking for something completely different, you might want to take a look at the Cell, a film that shows us purgatory through the mind of a serial killer called Carl. Now, you should know, the movie won’t take the main character into literal hell, instead, into his mind and psyche.

The underworld is represented through various circumstances a person’s mind goes through and it’ll also show how darkness and pain can deeply consume our minds and souls. Although it might not be directly about hell, however, it’ll leave you wondering more about the human psyche.

For a fun twist about purgatory, you should definitely choose to watch Legend. Jack who is portrayed by Cruise decides to descend into the underworld, where we’ll meet the Lord of Darkness played by Curry in order to rescue Lilly from the doom of eternal hell. As mentioned, it is incredibly fun, and it’s often referred to ass a dark fantasy adventure.

The movies mentioned in the two lists above are only some of the thousands that you could choose to watch on the topics of Heaven and Hell. Depending on your preferences, you’ll be able to find comedies, adventures, horrors, and some really heartfelt films, hence, ensure that you do a bit more digging.

So, now that you know some of the most popular movies that you could choose to watch, don’t lose any more of your time. Instead, go back to the beginning of this article, go through it once more, and then determine which franchises about Heaven or Hell you’re going to watch first! 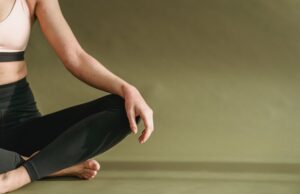