Home Health and Beauty What Is The Best Alcohol To Drink When On Diet?

In the past year, forced or not, we have realized how much it means and how important it is to pay attention to our body, to dedicate ourselves to it, and to nurture our physical and mental health.

Additionally, everything that was disabled due to the global pandemic, such as travel, hanging out with friends, crazy nights out, and anything else that involves grouping people, gave us a lot (even more than enough) of free time to devote to new hobbies, reading books, watching series and movies, and last but not least exercise and diet to get your body back in shape.

Although we are all more than satisfied with the restriction of people we have been living with for more than a year now, dietary restriction in order to get good results in exercise is more than half the recipe for successful weight loss or getting the desired shape of your body. It is very important to support your efforts during exercise with a proper diet to have visible results. A healthy diet is also not only positive in terms of weight loss, a healthy diet is something that should become our way of life to keep our body in the best possible shape.

When choosing a diet it is very important to find the diet that suits your body, your daily routine, and your lifestyle. It is very important whether your body (even your psyche) is used to having breakfast or can it function with a breakfast that contains only fruit or whether you can sleep without dinner. In each diet, in addition to the section for restrictions, there is a section where all the foods that you can consume while keeping the diet are listed, as well as the amount that is allowed for daily/weekly intake. Many of us, in addition to always being interested in whether mild is allowed, are interested in whether and which alcohol is allowed during the diet, as well as the amount that is allowed.

Red wine is the most commonly mentioned alcohol in most commercial diets. This drink is even very often recommended by medical professionals, of course in certain quantities. Although it contains sugars because it is made from fruit, most diets usually allow for two to three glasses of red wine a week. It may not be the amount you normally consume, but keep in mind that fruits have a lot of hidden sugars that, in an attempt to restrictively eating, you will increase your daily calorie intake without contributing to feeling full or gaining energy for your body. White wine, not so often mentioned in diets, is often omitted because on the one hand it does not have all the positive effects on our body and a system like red wine, and on the other hand, it contains more sugars due to the grape varieties from which it is made and because this is not very wise to consume, especially when your diet is based on a calorie deficit.

Non-ferrous alcohols are the least evil when it comes to strong alcohols. We say that it is the least evil in terms of the fact that the calorie scales simply have only fewer calories than the colored ones due to one fact, and that is that they do not contain color. We mention that no diet that is approved and known in the world is allowed the intake of such alcohol. On the other hand, if you are not restricted and you want to be careful about calorie intake, a few years ago a cocktail appeared on the market that contains the least calories and is adored by world trendsetters. It is called skinny bitch. This cocktail, unlike all other cocktails, contains only vodka and mineral water. Because vodka is made from potatoes, vodka as alcohol contains very few calories compared to other alcohols. In addition, the cocktails that are popular in the world usually contain syrups and a mixture of juices, which further raise the calorie scale and are too tasty to consume.

Cocktails are the horror of any diet. These fun drinks are calorie bombs that on a calorie scale are worth more than a whole meal. Although cocktails are adored by everyone and are an inevitable part of any party, keep in mind that the fact that they are drinks does not mean that they do not have or have only a few calories. Of course, it’s time to mention the nutritional value of alcohol, which is almost non-existent. This means that by consuming alcohol, especially cocktails, you will not feel full, energetic and yet you will consume more than enough calories which are of course wrong considering that by restricting the diet you are trying to clear your body of all those things that hurt it. But one cocktail on your cheat day won’t change a lot, and you will probably satisfy your needs for something alcoholic while on diet.

Beer is the drink that contains the least alcohol and sugar, but (and this is big but) as we know, beer is usually made from hops, which is considered as white calories or carbs. Beer is an example of alcohol that is seemingly very harmless, but as white calorie stands on the same level as white bread, which we know is forbidden in any diet. But, if you want to decrease the intake of sugars, then check birre online – probably you will find something for you, for your cheat days.

In addition to the calories that are part of alcohol, we must not forget the impact of alcohol on our bodies. We all know that after consuming excessive alcohol our body then needs time to recover, so we wake up with headaches, fatigue and we are not in our best shape. Frequent consumption of alcohol also reduces the performance during exercise, fitness, and the current state and readiness of our body. Given the fact that we are committed to rebuilding our body, abstinence from alcohol in achieving this goal is part of the process that plays a major role in achieving the optimal results we have set for ourselves.

But that does not mean that you should not be honored sometimes for the successes achieved so far. 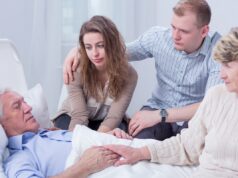 What Are the Benefits of Hospice Care and How Can It Help? 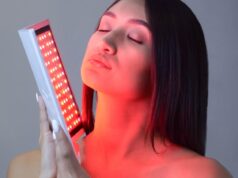 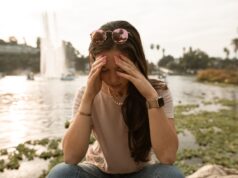