Home Bet What We Learned From the 2022 Mackinnon Stakes

The Mackinnon Stakes was first run over 150 years ago, but every year we still learn vital information about what it takes to win the race. These are some of the biggest takeaways from the 2022 edition of the event.

1. Mares on the comeback trail?

Since the turn of the century, a trend about mares has emerged at the Mackinnon Stakes – namely that they haven’t been able to win it. La Bella Dama won it back in 2001, but following her victory, there was a drought of 17 races during which no mares were able to take out the event. That changed in 2019 when Magic Wand won it, and last year Arcadia Queen made it two on the trot for the girls when she steamed past all-comers from the last place to win the event. For close to two decades it’s paid to avoid the mares in betting, but the last two years suggest that it’s still well and truly worth taking them into consideration.

2. A tough race for the long shots

The Mackinnon Stakes hasn’t exactly been a race at which the favourites have been dominant in recent years, but it’s been relatively rare to see a particularly unwanted horse take it out. There have been a couple of notable exceptions – Trap For Fools as recently as 2018 was paying $26 while 2006 winner Awesome Rock jumped at $16 – but for the most part, it’s been single-figure horses getting the chocolate. That was no different in 2022. Arcadia Queen jumped as the heavily-backed favourite, leaving the gates at just $2.45, and she promptly showed that punters once again had it right in this race by running out a one-length winner.

3. Coming from the back is no problem

This one, of course, can depend a little from year-to-year depending on the make-up of the field and the state of the track, but Arcadia Queen showed last year that there’s no need to be too concerned by backmarkers in the Mackinnon Stakes. The 2,000-metre race is run around Flemington’s sweeping bend, and Arcadia Queen sat right at the tail of the pack throughout the turn last year.

However, with Flemington’s lengthy straight there is always plenty of time to make up ground in the run home, and Arcadia Queen did just that. Both her and eventual runner-up Fifty Stars were well back as the field rounded the turn, but they had more than enough time to sweep past the field into first and second place.

4. The change of date – has it really worked?

For a long time, the Mackinnon Stakes was run on Derby Day a week prior to the Melbourne Cup, and many horses with their eyes on the biggest race of them all used it as a lead-in to the 3,200-metre event. In an attempt to change those motives, the VRC moved the Mackinnon Stakes to Family Day, attempting to attract more horses coming out of races like the Cox Plate, rather than simply using it as a training run for the Melbourne Cup. Last year, that didn’t exactly come to fruition. Arcadia Queen had run in the Cox Plate earlier in the spring and finished fifth, but aside from her, none of the other eight Mackinnon Stakes starters had run in that event.

Though we have had 152 years to learn about what goes into winning the Mackinnon Stakes, each new edition of the race reveals more nuggets of information that can be used the year after. Arcadia Queen’s 2022 win at the event was no exception, and the above four points were some of the most notable takeaways from her victory.

Horse racing is one of the most popular sports in the last 200 years. Bookmakers who like to take risks love this sport because the races are short and everything is over in a few minutes. Also, this sport is more predictable compared to others from betting offers, which in a way allows players to make money more easily. With a good research from reliable sources, almost anyone can write winning slips.

Gallop races occupy the highest place in the hierarchy of various equestrian sports, with by far the largest turnover of money, which has raised this discipline to the level of one of the most powerful industries. Prices in big races are very high. What is most important is the connection between horses and riders. Unlike competitions in Olympic equestrian disciplines where this is not common, equestrian races are inevitably associated with betting on their outcome. Today, there are many who regularly follow horse races, and are happy to invest money in betting hoping for a good profit. You will find everything you need to know about the horse race at sportsbet.com.au/events/mackinnon-stakes.

Is betting on horse racing profitable?

Betting on horse races is very difficult for beginners, and most of them think that it is just luck. In fact, horse racing betting is a sport that requires knowledge of mathematics and strategy. There are also several bookmakers specialized in horse racing on the Internet that offer exclusively betting on horse or dog races, and which sometimes also offer very affordable signup and deposit bonuses, and this is more of a reason to learn how to bet safely on horse racing.

It is difficult for the inexperienced to judge which horse to bet on. In any case, before you invest your money, pay attention to a few things, one of which is definitely the race program. It will be a little harder for you to cope at first because that list is really written a little confusing, but you will be able to learn with a little practice.

Basically, you can find all this information on the internet, but you would waste a lot of time looking for news for each individual horse/jockey. Speaking of the jockey, it is clear to you that he plays a big role – if he often beat the horse he rode, it is clear that he is a talented jockey, and that this time there is a good chance that he will win.

Lastly, check out the bookmakers that offer the best odds and you are ready to bet. 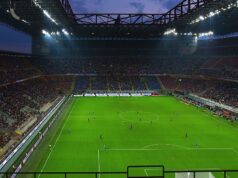 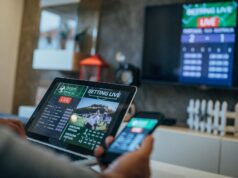 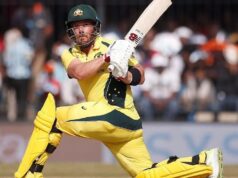