We all adore our loved ones. We do, don’t we? They are our go-to spot, safe haven, favorite partners, and most trusted counsel. However, not every family is flawless, so we are always curious to learn more about what goes on in other households. And a family comedy is the perfect fit for our needs.

It’s reasonable to assume that the concept of a flawed yet close-knit family appeals to us.

What if we told you that there are other families from which to choose? What about the families who are disasters but were formed by chance? Or, to put it another way, by crime? You guessed it correctly. It’s The Millers we’re talking about.

We also have some exciting news for all of our supporters. “We’re The Millers”, a comedy film that was one of the greatest in the United States in 2013, may get a sequel. So be prepared for an entertaining excursion with amazing jokes. We bet you can’t resist the urge to slap your knees every once in a while,just as in Part 1.

All that you want to know is here about the spin-off.

Will There Be A Sequel?

“We’re The Millers” 2 returns to theaters almost six years after the first movie. There have been rumors that it was in the process of being produced! But how reliable is this information?

Well, a sequel is indeed being considered! Following the film’s box office success, New Line immediately engaged a screenwriter to start on the screenplay for the sequel, dubbed “We’re Still The Millers.” The project appeared to be reasonably serious at the time, but it finally died out over time. Is there going to be a second part or not? Anything is possible!

The Ending Of the First Part Pointed Towards A Sequel

At the end of the movie, we saw that David has conspired with the DEA to turn in the big-time traffickers he’s importing marijuana for to the authorities. As a result, he is placed in witness protection in exchange for his evidence against Gurdlinger and Chacón along with Rose, Kenny, and Casey.

The film concludes with The Millers living as a family in a pleasant suburban house with a white picket fence, but the camera reveals that they are cultivating marijuana in their backyard. “”We’re The Millers”” ended on a cliffhanger, leaving the door open for a sequel, and we expect it could be anything! The sequel might narrate their attempts to integrate into a normal suburban life or it could also portray the family fighting against the enemies they’ve made seeking vengeance.

Release Date Of “We’re The Millers” 2

“We’re The Millers” 2 does not yet have an official release date. The film grossed an incredible $270 million at the box office, despite having a very modest budget. So, while it was a hit, popularity isn’t the only criterion that defines a franchise’s success.

The creators must yet determine whether or not the sponsors are willing to collaborate and whether or not the cast is willing to return. Furthermore, if the sequel doesn’t have a solid script, it won’t perform as well as the original. There are no official sources that provide information about the movie’s filming timetable. As a result, there is no knowing when the film will be released.

Part 2 might find David getting himself into trouble to the point that there are even rumors that he is dead. What would the fictitious family do now? Has the relationship finally blossomed? Will the kingpin now be responsible for their deaths as well? So, what’s the plan now? Is David fabricating everything to save everyone? Or are there more surprises in store for the Millers? However, these are just rumors, and we’ll have to wait for the filmmakers to release an actual storyline outline.

There Is No Official Title For The Sequel Yet

The various titles being tossed around suggest a completely different concept for the film, if not an altogether different cast. So far, the storyline and title development has been little more than a rolling list of potential titles that parody the original film and don’t leave much room for creativity in terms of what it might be about.

Expected Starcast Of “We’re The Millers” 2

The first film starred Jason Sudeikis in the character of David Clarke. Alongside Jason Sudeikis, Jennifer Aniston plays Rose O’Reilly, the stripper next door. Brad Gurdlinger, a drug mafia for whom David works, was played by Ed Helms, who we’ve seen in The Office, Hangover, and other programs. Kenny Rossmore and Casey Mathis, on the other hand, were played by Emma Roberts and Will Poulter, respectively. Don and Eddie Fitzgerald were played by Kathryn Hahn and Nick Offerman, respectively. When “We’re The Millers” returns, we expect the majority of the original actors to reprise their roles.

Synopsis Of “We’re The Millers”

Modest pot dealer David (Jason Sudeikis) learns in the most brutal way possible that people of integrity are very rarely appreciated when he is robbed of his cash and stash while trying to aid several teenagers. David is now deeply in debt to his supplier, and to clear the slate, he must travel to Mexico to collect the latter’s newest consignment. Dave devises a failsafe method to complete his mission: he packs a fictitious family into a large RV. He drives south of the border for a crazy weekend that will undoubtedly end in disaster.

Many people undoubtedly walked into this picture expecting little more than a few laughs and the occasional eye-popping moment worthy of appreciation. However, after seeing this film, those same individuals left the theater or were on their couches laughing so hard they cried. If a sequel to “We’re The Millers” is released in a few years, we hope it will be able to capture the same hilarious brilliance as the first. Although you must reserve your judgments until after the movie is released. Cars 4: Confirmed Release Date, Trailer & Everything We Know in 2022! 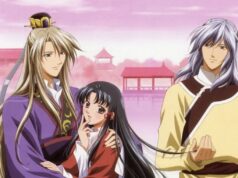 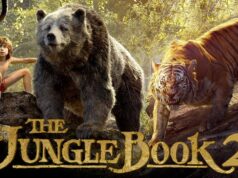 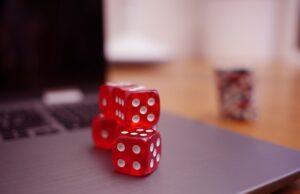 Makinel Mall - May 27, 2022 0
Without any doubt, the online world has changed the habits of people completely. Entertainment is something we can find at home with a stable Wi-Fi...

Give a Healthy Kick to Your Life