Home CBD 6 Tips on How to Organically Grow Cannabis

For many people, the cultivation of cannabis is an act of getting high and a hobby. Some growers even take it to the next level and experiment with new growing techniques. These growers are often referred to as “organic” or “natural” growers.

There are two main reasons why these types of growers grow organically:

While there might be something to organic cannabis being healthier, the jury is still out on whether that also leads to better pot. Some say that organic weed is better because many pesticides and other chemicals used in non-organic farming would have a much more dramatic effect on someone smoking it.

Studies show that weed smoke has twice as many tars than cigarettes made with tobacco, which is carcinogenic. However, this can be addressed by using an organic pesticide or growing organically without using any pesticides.

As far as how to grow your pot organically, there are some steps you can follow:

While here are some great recipes online for making your own “super” soil, you may want to use commercially available organic soils instead.

These soil mixes usually include blood or fish meals for nutrients, peat moss for water retention; perlite for drainage purposes; and garden soil to act as the base.

2. Start your seeds in organic mediums

If you want to buy pre-made seedling trays, look for ones that are specifically labeled “organic” or “natural.” However, suppose you do not care about whether your seedlings’ medium is organic.

In that case, you can also use things like peat pellets, vermiculite, coco coir (coconut fiber), Rockwool (which has a bad reputation because it’s made with petrochemicals), or red wriggler worms (being used by some people now). Though these mediums can still have chemicals in them that may affect the final product, organic soil is the preferred method.

According to FootHill Hemp Farms composting organisms break down natural matter to make it release nutrients in a more accessible form for your plants. This means you can add homemade compost or commercially composted chicken manure to increase the richness of your medium if needed. You can also steep leaves in water overnight and use the water the next day as an amendment instead of plain water.

While this will not hurt your plant, it may decrease its growth rate since caffeine has been found to stunt some plants’ growth rates. Another thing that you could do here is add diatomaceous earth, which is fossilized microscopic organisms with sharp edges that are supposed to cut through bugs’ exoskeletons, but this is mostly hearsay.

This can be accomplished simply by placing a layer of compost or worm castings on the top of your soil to release their nutrients as the plants use them up. Since cannabis roots exude a sticky substance called glomalin, which helps bind soil together and retains moisture, it’s important that you consider how often you need to water after applying amendments.

You also want to try to avoid putting fertilizer directly around your plant because it could burn those delicate roots. Diatomaceous earth can also be used here if needed, but once again, keep in mind that its main purpose is for bugs, so don’t overdo it.

In any case, you can always buy organic fertilizers that are labeled accordingly, but here are some recipes if you want to make your own.

Avoid using chemical-based insecticides throughout the vegetative cycle by encouraging natural predators in your garden with companion plants or planting marigolds near them because these will release chemicals that deter marauding pests.

Also, keep in mind that there may be insects in your soil when you first plant your seeds, so it’s important not to start killing everything off immediately.

Prepare soil for organic fertilizers containing calcium and magnesium by adding dolomite lime or eggshells into the soil before planting. You can add both of these types of amendments at once if you want since they accomplish similar things, so use whichever works best for you while remembering never to overdo it on any one thing when it comes to your plants.

Microbes are tiny organisms that can help break down certain nutrients into forms plants can use while promoting healthy root growth and suppressing diseases. If you don’t believe me, look at this experiment where scientists extract a microbe into test tubes that were already colonized with other microbes.

It then started killing off all the other microbes in the test tubes, proving how powerful these little guys can be when put to use. You can create your teas by adding kelp meal, yucca schidigera extract (this also helps release nutrients), humic acid (found in soil), and fulvic acid (also found in soil) into the water and letting it steep for 5 days or so before you apply it to your plants.

You may need to remove bigger pests like aphids using cotton swabs dipped in isopropyl alcohol or neem oil mixed in water during this stage. You may also want to try using yellow sticky traps if you have an infestation of whitefly or fungus gnats because the color yellow attracts these insects, so they get stuck when they fly over it.

Keep in mind, though, that these types of traps usually attract beneficial insects as well, so use them early in your grow before you start flowering.

The best thing to do is maintain a clean garden and keep all debris (dead leaves, old flowers) picked up away from your plants because these are breeding grounds for bugs like spider mites, thrips, and whiteflies who love eating cannabis leaves.

If you see signs of any pest activity (bud not growing evenly, stippling on leaves), then be sure to use a combination of IPM (Integrated Pest Management) and Organic gardening techniques.

Here is a list of some common household items that can be used to make your organic pesticides:

Growing cannabis organically is a great way to keep your plants healthy and ensure a high-quality harvest. If your plants don’t have any bug activity, you probably won’t need pesticides because the insects won’t be interested in feeding on your weed plants. Still, it’s good to know what natural ways you can use to protect them in case you need to resort to them in the future. 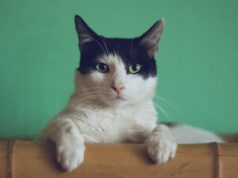 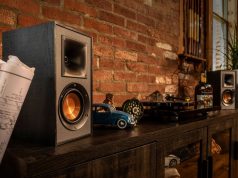 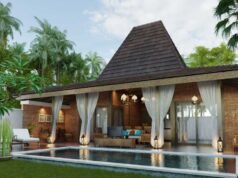