Home Law Is Citizenship by Investment Illegal in Some Countries?

Citizenship by investment (CBI) schemes restrict certain nationalities, but every country has a different set of conditions. In most cases, you cannot apply for CBI schemes if you are from a country subject to US/EU embargo or sanctions. If due diligence checks cannot be made on the applicant in a country, it is impossible to apply for such schemes.

Here is the list of fake citizenship by investment programs falsely or naively promoted as pathways to quick passports.

Although Hungary just once again re-elected a proud nationalist who built a wall to keep migrants out and promoted Hungarian jingoism, Budapest is the most uncomfortable city you might have ever been in; the racism is palpable, and you shouldn’t be surprised if the country got tossed out of the European Union.

Hungary recently shuttered a residency by investment program whereby one could obtain residency and future Hungarian citizenship by purchasing bonds. Even one scheme promoter suggested the government might stiff investors and keep their “investment.”

With all that, the bogus offer of Hungarian citizenship in mere weeks for a sub-$100,000 is laughable. And it doesn’t exist.

Poland does have a citizenship by descent program and citizenship by exception potential when you have a great connection to Poland. Still, there certainly isn’t a Poland CBI program.

The country presents exciting investment opportunities as one of the most undervalued real estate markets in Europe, but you can’t have fake citizenship by investing out of it.

For some time, you might have heard about a scammy second citizenship program whereby one could donate 100,000 euros or invest 500,000 euros in a business to become a Serbian citizen. The program seemed designed to look like a typical Caribbean citizenship program with numerous options, but in reality, it was merely a scam. Serbia offers a residency program, but it’s not as easy as others. The fastest way to become Serbian – besides fake citizenship by investment program from some website – is to marry a Serbian and live there for three years. With plenty of would-be supermodels roaming the streets of Belgrade, this might be the “easiest” way to get a second passport.

If you wish, you can spend much time and money working with the top lawyer in Albania to see what citizenship options exist. The government isn’t very motivated, even to naturalized Americans. The same website offering Serbian citizenship was able to claim until recently that you could become an Albanian citizen for a slightly reduced donation of 90,000 euros. No such naturalization program exists.

Get the right solution for the program right here at https://imperiallegal.com/citizenship-by-investment.

Recently, many people were introduced to a website offering Georgian citizenship by donation, but no such program exists. What was odd about this scammy offering was that they were offering Georgian citizenship like day-old bread, claiming to “hurry” before the government’s “half price” donation offer expired. While some Caribbean islands reduced their prices to seek hurricane relief funds, most governments don’t sell their citizenship like last week’s meat.

A passport you can’t acquire by fake program, though. If you want Brazilian access, you can get it through marriage. What’s also worth noting is that it’s one of the best countries to give birth and obtain citizenship.

You might not have this one offered online in a while, but it still exists very much offline.

At one point, there was a scam offering Venezuela citizenship for $40,000. Venezuela is widely known for corruption. The bolivar is so weak that low-level elected officials will do almost anything to eat. But paying a few bucks for fake citizenship by investment program is not legit; not only do your citizenship expert friends expect to see Venezuela’s travel privileges clipped, but you might not even be able to use such a fraudulent passport to travel.

You may see a pattern here: most Central American passports are “for sale,” not surprisingly, by the same website. No, you can’t donate $85,000 and become Costa Rican in a matter of weeks.

By spending quite a lot of time in Nicaragua, you might think it offers excellent potential.

As with Guatemala, its passport is relatively reasonable and offers visa-free travel to Russia, making it a perfect Tier B passport to hold as an alternative to your western passport.

The website peddling fake investment in Guatemala also claims to offer Nicaragua citizenship within 90 days for a $100,000 donation. If this were true, it would be a decent offer: a “real” country offering similar visa-free travel to the nearby Caribbean programs would be quite a deal considering it’s “under the radar” and politically neutral. Nicaragua has no such legal program, however. Nicaragua residence program says that you must spend time there to become a naturalized citizen.

While residence permits are granted to investors and wealthy individuals in most countries, there are now only a few countries with explicit provisions in their laws for granting citizenship based on economic considerations and without residence requirements.

Australia, Canada, Hong Kong, Monaco, Portugal, the UK, the USA, Singapore, and Switzerland are examples of countries that offer residence permits to wealthy individuals and investors. Other countries offer programs, sometimes called economic citizenship programs, which is incorrect, as no separate or ‘economic’ citizenship exists. These programs allow an individual to become a full citizen by investment instead of marriage or birth. There are currently only 11 countries that offer citizenship programs that provide a direct route to citizenship based on investment — Antigua, and Barbuda, Austria, Dominica, Grenada, Jordan, Malta, Montenegro, North Macedonia, St Kitts and Nevis, St. Lucia, and Türkiye.

Citizenship by investment programs allows you to legally acquire a new citizenship quickly and without disruptions to your life. 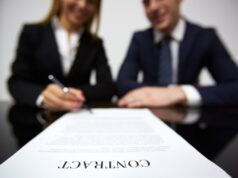 3 Reasons Why You Need an International Trade Lawyer 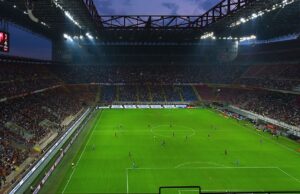 Makinel Mall - November 30, 2022 0
The Premier League has officially reached the halfway point of the season, and managers are focusing on making the most out of the January...