Fashion styles tend to come back when nobody expects them to, and it seems there are no rules to this. Something that was popular decades ago can make a sudden comeback for no particular reason, but more often it is a movement, a movie, or a celebrity that brings it back. Whatever the trigger may be, younger generations discover it and like it enough to adopt it as their own. They identify it on a deeper level than just clothing or jewelry and wear it with pride and excitement.

One of the longest-running trends in fashion comes in the form of gothic style. Both with clothing and jewelry it has been present for centuries. While nowadays you can see gothic clothes on people, it is the accessories and jewelry pieces that really take the cake. But why is it so popular and why does it always come back in fashion? In this article we aim to answer this mysterious question. If you have a wish further get informed about gothic style jewelry and think about your new piece, make sure to read more here.

The gothic fashion as we know it today implies the wearing of dark, antique, and mysterious items that can easily be connected to the olden days of the gothic literature of the 18th and 19th centuries. While it first appeared as a fashion movement at the end of the 20th century thanks to music subgenres like gothic rock and post-punk, it has its roots in much earlier fashion statements and personalities. Horror films from the early days of cinema as well as literature by notable members of the genre like Edgar Allan Poe are also largely responsible for the creation of this movement, and the clothing and jewelry styles naturally followed suit. Mixed with elements from the fashions of the Victorian and Elizabethan eras, the modern iteration of the gothic fashion is a fine mix of all of these things.

Clothing implies black, velvet, and brown items including long dresses with leather pieces, lace and fishnets, mixed with elaborate hats, umbrellas, and gloves. If it has any resemblance to the occult, religious, death, and darkness themes, it works a goth fashion. Music tastes and worldviews often cause younger generations to dress like this, and a lot of those who listen to any type of rock, metal, or punk music from the 1980s or 1990s opt to dress like this.

What is Gothic Jewelry?

Nowadays, accessories are the backbone of the whole style. However, subgenres of the style also exist and they can be steampunk, Victorian, vampire, androgen, and many more. They slightly vary in themes and real/fantasy time periods they are inspired by, but much of the same can be seen in most of them. Since the subculture evolved from the punk and rock genres of music, they utilize a lot of exposed metal and leather, as well as spikes, crosses, patterns, and other motifs. It is worth mentioning that people hardly wore the same type of jewelry in the real gothic period when such literature was dominant. This is more of a reaction to this mixed with themes that would come a few centuries or decades later.

Now, while clothing is much more obvious and it can have certain connotations and stereotypes, jewelry is subtle and less obvious. This is why those supporting the gothic movement usually try to blend in with the regular way of dressing by wearing accessories like rings, necklaces, bracelets, or other jewelry in the gothic style. The aforementioned clothing can be inconvenient and less comfortable than desired in everyday situations, but jewelry is much more wearable. This would be the main reason why it has been back in fashion for years now.

To answer the titular question is quite hard actually. Since this culture has been evolving for hundreds of years, there is a lot to touch upon if we are to definitively answer the question of why gothic style jewelry is back in fashion as much as it is. To do our best, following are the thing most likely to be connected with the resurgence of such fashion statements, especially among younger generations. Visit GTHIC to get more Gothic jewelry idea.

Fascination with the Themes

Modern internet trends and the pop culture at play have a lot to do with the rise of such jewelry. Some of the most popular titles among younger generations in the 21st century include the Harry Potter, Game of Thrones, and Lord of the Rings worlds. They are all set in fantastical worlds with numerous magical creatures, castles, and dangerous places and people. The characters in such titles are easy to identify with and people adore them for their attributes, striving to be like them in any way possible. The easiest way of feeling like you are the part of these fantasy scenarios is accessories you can wear on your body, since the heroes and villains wear similar things.

Then there is the ever-present fascination with the horror genre and the monsters associated with it. Vampires and werewolves, haunted mansions and mystery villages underneath the castle of known bad guys. These are all themes that require Victorian and Elizabethan settings in which, naturally, people dress the certain way. Steampunk gothic subgenre deal with the world in which steam powers everything meaning things like vehicles and appliances look a certain way and people follow a special type of fashion.

All of these things are further enhanced due to the sheer amount of internet and on-demand content. Video games are also responsible in many ways, especially the role-playing titles like The Witcher and The Elder Scrolls sagas. Dungeons and Dragons and similar fantasy card games have huge followings so it is normal for people to want to express their interests and fascinations through their fashion.

Last but not least, a lot of the above mentioned things used to be considered nerdy and subpar by the general society. Nowadays however, these things are mainstream and everyone knows them, watches them, and paly them. This has made the gothic supporters more courageous in their showing of appreciation towards their favorite pastime activities through fashion. It is a good thing to feel special and to not be ridiculed, so more and more people opt to wear exactly what they love and gothic jewelry proved one of the most common and widespread varieties out there. 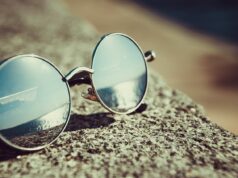 Can You Wear Boots For Business Casual