Home Lawyer What Happens in a Criminal Court?

During a trial, witnesses and evidence are presented to a judge or jury. Civil and criminal matters are tried in courtrooms. A civil case is one in which a single person or a group of individuals seeks to resolve claims or litigation. There is a defendant and a plaintiff in a civil action. A criminal case begins when the government files charges against an individual. There are many individuals in the courtroom during a trial, including the judge, attorneys, the defendant, and the court reporter.

Thelawadvisory.com believes if you’re going to grasp a court case, you need to know who the major participants are. Here is a detailed guide for you from thelawadvisory.com.

Who is Present in a Courtroom?

He/She sits at a desk called a bench where he or she rules over a trial. During a trial, a judge is tasked with five primary duties. In the first place, they are tasked for upholding the rules of court and preside over all proceedings. Additionally, the judge must decide the legitimacy of any evidence submitted during the trial. In the third place, the judge is responsible for instructing the jury on the applicable laws and standards in the matter at hand, as well as on how to proceed. In a bench trial, the facts and the result of the case are decided by the judge alone, without the input of a jury. It is the fifth and last duty of the judge to sentence guilty criminals.

At the counsel tables facing the judge’s bench, there is a lawyer or attorneys for each of the parties. In order to clear their client’s name and establish their innocence, each team of attorneys must provide evidence that supports their position. One of the attorneys represents the government in criminal proceedings. Pro se, or acting on one’s own behalf, is a legal term that refers to parties who choose to represent themselves rather than hire a lawyer.

During all trials held in a courtroom, a court reporter is present. They sit near the witness stand, where a stenographic machine is used to type out the trail’s official record. Every trial must be documented verbatim by federal law. Any time a party or the court itself asks for a transcript or an appeals transcript, the court reporter is the one who must write it. As a result of a lack of resources, jurors are unable to access transcripts of the proceedings.

Defendants have their due right to be present in court during a criminal trial and, depending on the offense, may be forced to be there. When it comes to civil trials, the defendant is permitted to be present, however they are generally absent from the hearing.

The presence of a court deputy is always required during a court proceeding. Witnesses are often sworn in by deputies who sit beside the court. Additionally, the court deputy is in charge of marking evidence and assisting the judge in keeping the trial on track.

The presence of a jury is common in criminal trials. The jury is made up of individuals who have been interviewed in advance and have been found to be capable of offering an unbiased opinion. Typically, a jury consists of 12 members plus a few alternates in the event that any of the original jurors are unable to serve.

Parties have the right to submit their claims in court through established legal methods. If a jury is present in a trial, they are then responsible for further investigating the information provided during the trial in order to reach a conclusion.

What happens in criminal court?

The government brings a criminal prosecution against someone in criminal court. The defendant is the individual who is accused of committing the offense. In order to convict a person, the government must show that he or she is guilty without a reasonable doubt.

Anyone who is found guilty of a crime faces the possibility of spending time behind bars or in jail.

I’ve been charged with a crime and am unable to afford a lawyer. What am I to do?

Even if you are an illegal immigrant, you are entitled to a government-funded counsel known as a legal aid lawyer or public defender to represent you in court if you are charged with a felony that might result in prison time.

You need to notify the court that you can’t afford a counsel in order to acquire a public defender. To be eligible for public defender legal help, your income must fall below a certain threshold set by each court. You may be asked to fill out a document detailing your assets and income by the court.

Pay stubs may also be required to show how much money you make. Unless you reside in an area where there is no legal aid counsel or public defender, the court may appoint an attorney to represent you for free. As a non-citizen, ask your legal aid counsel or public defender to consult with an immigration lawyer about the potential impact of pleading guilty in your criminal case. Deportation is a possible consequence of certain plea deals.

You may be able to avoid deportation in exchange for a plea deal from an experienced immigration lawyer.

I am a victim of crime. Do I need legal representation in criminal court? 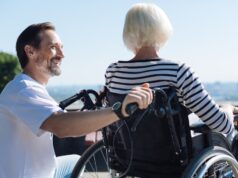 4 Ways to Maximize Compensation in Your Disability Claim: How to Appeal to a Denied Claim? 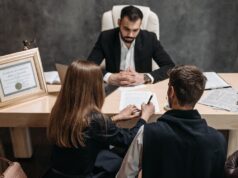 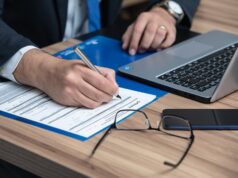 Dealing with a Personal Legal Case? How to Choose the Right Lawyer for You