There is no such thing in life that can compare to traveling and exploring our beautiful planet. Going to far corners of the globe and meeting new people and cultures, experiencing their traditions, languages, customs, and food, is there anything better? Some places are close by but others are literally on the other part of the world. Oftentimes it is impossible to plan a trip due to responsibilities and time constraints. Some people only get one or two chances to go on an epic adventure half the world away, while the majority are limited to traveling to countries close to their home all their life.

Things become a bit easier for people lucky enough to hold more than one citizenship. Everyone has the passport of a country they call home, but it is also possible to become a legitimate citizen of another, foreign country. In order to do that however, one has to be of that country’s descent, have family abroad, through marriage, or through special green card and business opportunities. Naturally, not everyone is that lucky which means that dual citizenship is but a dream for the majority of people. However, because of this, as well as due to their own reasons, many countries now offer this.

This is exactly as it sounds, an opportunity for individuals to invest their money in a foreign country that offers this program and get a citizenship in return. It is an increasingly popular form of investment especially for those who have money lying around and no investment opportunities that attract them. Becoming a global citizen is done in the easiest and most straightforward way through obtaining another passport. It literally means that you have another country to call home, and therefore another place to always go for any reason and be safe, welcomed, and feel like you belong.

Now, although this is an amazing opportunity unlike any other, there is a very small amount of countries offering this. Citizenship through investment can only be obtained in less than a dozen countries. Only eleven countries offer it, five of which are Caribbean. Austria, Jordan, Malta, Montenegro, North Macedonia, and Turkey round up the rest. In this article, we focus on the tropical paradise that is the Caribbean Sea and talk about the five beautiful island states that offer the foreigners a chance to obtain their passport through investment. Read on to learn more about this. For additional details on this chance, check out https://imperiallegal.com/caribbean-passport/.

Since 2012, this dual island state offers this amazing chance. The minimum investment you need to make is $100,000. After some 90 to 120 days, you will get all the papers and be ready to start your life as a naturalized citizen. Their passport is quite useful as it allows free movement to 151 places, second-best on this list. Every applicant gets to bring their spouse, children, parents, and grandparents. The country has strong ties with the UK and Europe, as well as privileges similar to other former territories of England. Owning a second home there would also be amazing due to its proximity to North America.

Dominica is one of the most beautiful and breathtaking islands in the entire Caribbean. This place is a popular tourist destination for people all over the world. The minimal investment you have to make to be given a passport is $100,000 and the application will be processed in three months. Once you have their citizenship, you are able to go visa-free to 145 places. In terms of benefits, you can include your spouse and your children (under 31), unmarried siblings who are younger than 26, your parents, and your grandparents. Best of all, all future generations also get the citizenship. All of you get the right to live freely, work, and study in Dominica like equal citizens.

Grenada joined in on this back in 2013 when their Parliament passed the act that made it possible. It is slightly more expensive than both previous islands, as the minimum contribution needs to be $150,000. Processing time for your application and all the paperwork are over in three to four months, after which you get access to no less than 146 countries without visas. Among them are Russia, Singapore, China, Hong Kong, UK, and most of Europe. An amazing thing about Grenada is that the passport also allows you to easily get it a non immigrant USA visa. Your descendants are taken care of, and you can bring the same family members as in the previous two island countries.

This country is rich in beaches, amazing landscapes you only saw in pictures, and a diverse mix of cultures. It is a melting pot of African, Caribbean, French, and British traditions and therefore an amazingly cosmopolitan place. Owning a home there would be a dream for anyone who wants good links to three continents, North America, Africa, and Europe. You will need to set aside $150,000 to invest. The processing time is somewhat longer at three to six months, but once it is set and done you can freely go to 157 countries, most on this list. Citizenship by descent awaits, while your own partner, kids, parents, and grandparents can all come with you.

Last but certainly not least, there is the island of St. Lucia, a paradise on earth and a gem of the east side of the Carib Sea. Located to the northwest of Barbados and south of Martinique, it has an ideal position as well as air links to both Americas and Europe. It is a volcanic island, meaning pristine beaches, incredible nature, tall peaks, and crystal clear waters. Following your spending of at least $100,000 and after four months your papers will be ready. Moreover, they allow you, your spouse, your children, and parents access to 147 countries, including Schengen members, Hong Kong, and the UK. While it does not include grandparents, it has great investment and processing costs once you are ready to invest further into your own business.

Between these five islands located in the tropical Caribbean, there is no shortage of places to establish a second home in. The most difficult part in it all may actually be picking one of the five as it is an impossible choice, but a sweet problem to have. Having a citizenship of either will open so many doors for you and probably change your life for the better. If you can amass the money needed for the donation, it is an opportunity that you have to take. 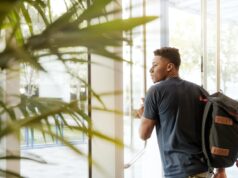 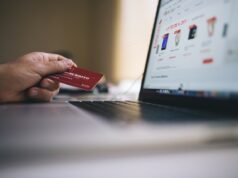 Ways to Save a Huge Amount of Money While Shopping Online 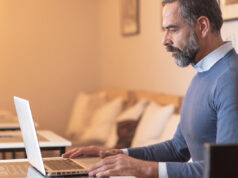 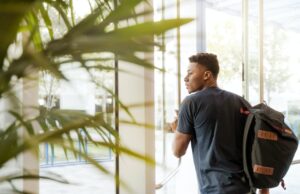